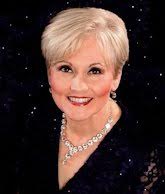 Michelle Hunget hasbecome a dual member of  Topeka Acappella Unlimited as C0-Director in April, 2021. Through a joint venture between the two choruses, we will combine our hearts and voices to become one chorus.

Michelle is a Queen of Harmony, reaching that Sweet Adelines peak in 2009 as the tenor of her quartet, Zing! She was the tenor of HEAT in 2014 when they became the 4th place International Finalist Quartet. She is a member of the Coronet Club Board.

At the Regional level, Michelle has won nine times singing in four championship quartets: Plaza Lights in 1992, 1993 and 1994; Fanfare in 2001; Zing! in 2002, 2003, 2004 and 2005; and HEAT in 2013.  She served as the Region 5 Young Women in Harmony Co-Coordinator with her daughter, Mary Duncan, and has been a YWIH Chorus director. Michelle and her husband, Grant, were half of the quartet. Date Night, which was the 2018 Mixed Quartet Champion of the Central States District of the Barbershop Harmony Society.

Michelle is always reaching for new adventures in Sweet Adelines. In 2016, she brought her musical passion to the position of Artistic Director, leading KCC in its DREAM: dedication, responsibility, education, attitude and motivation. At the International level, she became an approved candidate judge in the Showmanship category.

Michelle joined the chorus in 1986 after meeting another KCC member at a Catholic church where they both were cantors. She has served on the Leadership Team, the Music Team and the Choreography Team, and has been Tenor Section Leader and a Front Row member. She holds dual membership with the Wichita Chorus.

Queen Michelle is also a Queen Mom, as Mary Duncan is the baritone of ClassRing, the 2019 International Championship Quartet.

Michelle has been a registered nurse for more than 30 years, currently working in the Neonatal Intensive Care Unit at the Overland Park Regional Medical Center.

Sign up for our newsletter to receive the latest news and event postings.